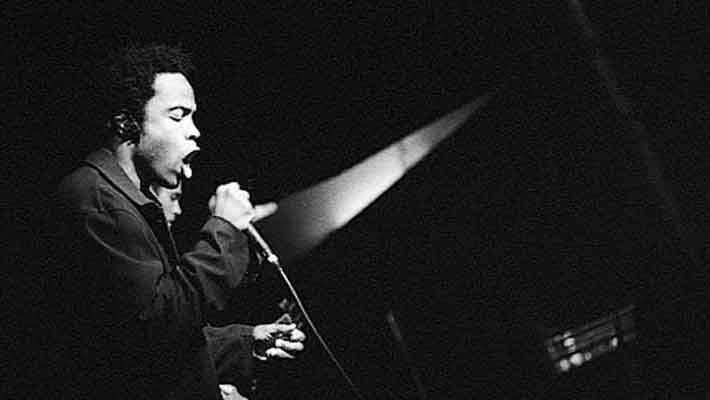 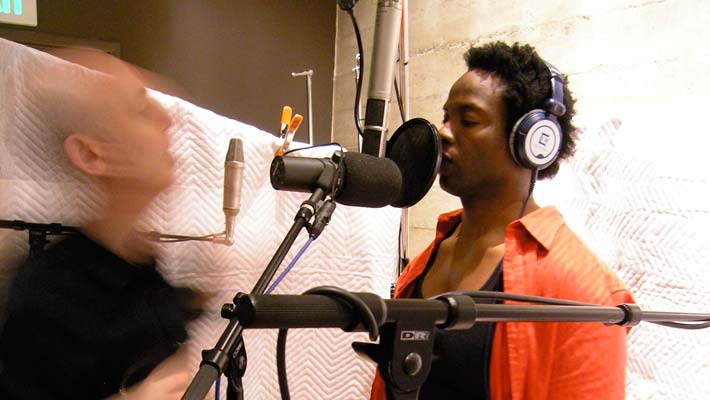 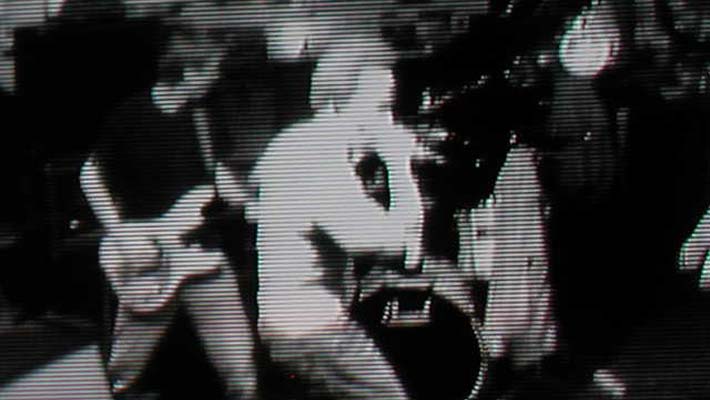 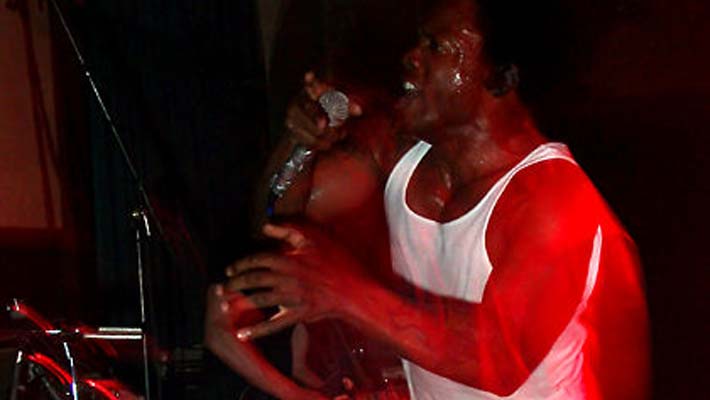 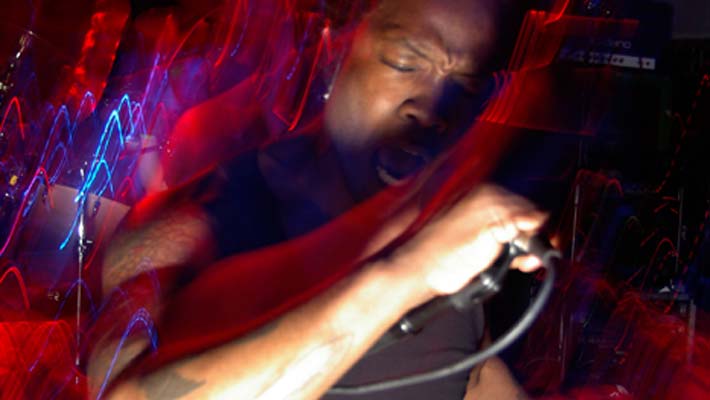 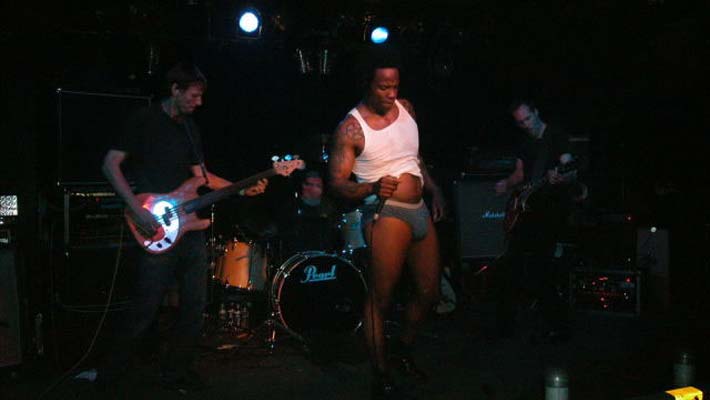 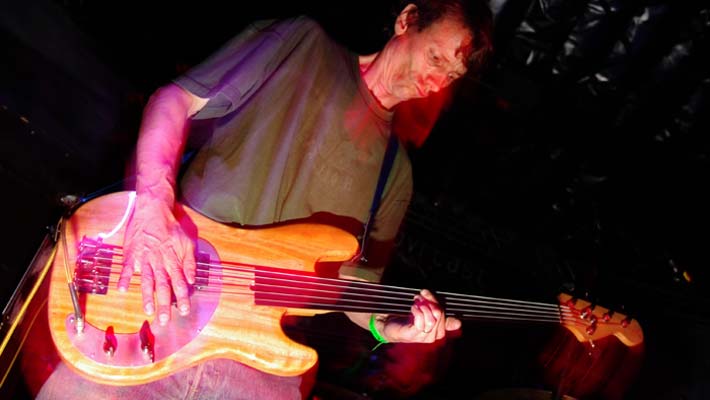 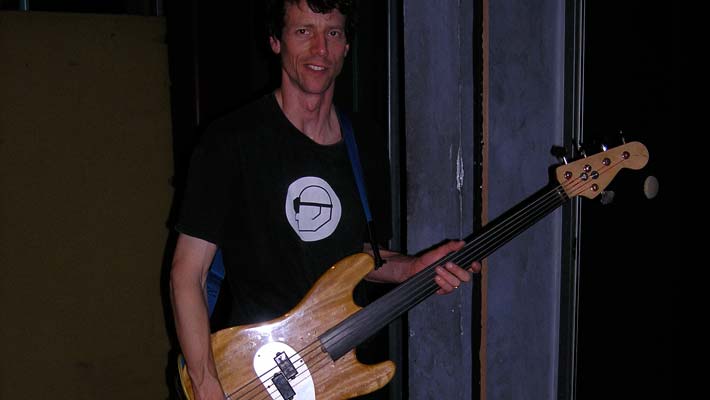 Walk with Me a While

Oxbow = violent sexual aggression + failure + a handful of pills. Oxbow is the best band in the world that you will most likely hate; a harrowing, ugly and unflinchingly confrontational amalgam of heavy blues rock, noise, and naked, howling emotion that sends even the most jaded listeners running for the nearest confessional. On The Narcotic Story, they've followed 2002's brilliant An Evil Heat (still their masterwork to date) with an album of more restrained intensity-less outwardly bombastic but no less devastating. Sociopathic frontman Eugene Robinson's lyrics read uncharacteristically spare here, but he infuses them with so much violence, hysterical fervor and sexuality that the performance completely transcends the words on the page. Oxbow may be maturing in their approach, but they are no less tame, no more satisfied. Their drug-addled masculine disappointment continues to decimate everything in its path, being at once fiercer, more epic, and more disturbingly emotive than any of their current labelmates; and yet they remain ostracized, prowling the shadowy hinterlands of post-metal like a deranged predatory animal. Unparalleled and without precedent, this is definitely one of the best records of the year. Go ahead and pick it up; you may regret it.
- JONA GERLACH, SLUGMAG

What is it about Oxbow that strikes fear into the hearts of men, women, and children of all ilk and denomination? The band's awe-inspiring predatory squall? Their lengthy history of confrontational live shows? Is it the fact that frontman Eugene Robinsonhas electrical tape over his ears and will stomp the tar out of you (gladly) if only you'd ask (or get too close)? Only the members of a band with albums entitled Fuckfest, King of the Jews (featuring a picture of Sammy Davis, Jr. on the cover) and The Balls in the Great Meatgrinder Collection would know.
- DECIBEL

Known for frontman Eugene Robinson's penchant for disrobing onstage as much as the band's bombastic caterwauls of post-grunge dissonance, this album (five years since their last album, An Evil Heat) will loose the dam of confused ill will that's likely been brewing inside the band
- CMJ

If you haven't been infected with the band's innovative approach to exorcising rhythmic demons, check out the boys' eerie aesthetic on their latest CD
- XLR8R

A lot of bands bill their records as therapy, but Oxbow bleeds authenticity in a way most hardcore bands can only dream of. The band called Oxbow is a raw nerve in today's bland landscape of supposedly alternative music; you owe it to yourself to descend into their world.
- SCENE POINT BLANK

Their songs are complicated, interesting, threatening-sounding and involve a five-string fretless electric bass, one of the most nonthreatening instruments ever made... Dangerously charismatic (and sometimes plain dangerous) vocalist Eugene Robinson is fond of taping his ears up like a street fighter (he has written articles on grappling and extreme fighting). He sings and gesticulates like the proverbial man possessed. He is also fond of stripping down to his drawers and repeatedly fondling his crotch while singing. There is also a better than even chance that the underwear will disappear sometime during the set.
- AUSTIN 360

The band teeters in the mix with a delicate blend of tension, eerie ambient drones, explosions of math-rock mayhem, and stumbling-down-the-stairs blues, all dragged along by the rather unconventional vocal approach of frontman Eugene Robinson. Eugene, a bona-fide competitive bodybuilder, takes harrowing subject matter and creates high theater (in live situations especially) quite often physically dragging the audience into one psychodrama or another; you'd expect something like this from say, Darby Crash, but could Darby pull off an effective Nina Simone cover or duet with Marianne Faithfull?
- WFMU

An Oxbow performance is more than a show; it's a modern-day initiation into Artaud's Theater of Cruelty. The San Francisco troupe plays ear-splitting art rock as singer Eugene Robinson stalks the stage with his pants down.
- AUSTIN CHRONICLE

While Robinson's vocal range is dominant and unforgettable, the instrumentation behind him is hard to shake from the psyche as well. Slide guitar work reigns throughout the offering, along with sludgy noise and sparse bits of drumming to create murky, bleak, and frigid soundscapes. Unsettling hooks weave in and out of reed organs, interstitial whistles, pianos, violins, violas, and even violoncellos.
- JOSH BARR (AVERSION.COM)